Osaka, the biggest city in Kansai and one of the most visited places in Japan.

Although it loses to it’s Kanto counterpart, Tokyo, in terms of size and popularity, Osaka has the upper hand when it comes to food and friendly people. Osaka has the urban environment with local vibes in each district. Osaka is also surrounded by amazing day trip destinations such as Kyoto, Nara, Wakayama, and Kobe, which makes Kansai one of the most recommended places to visit when traveling to Japan.

This travel guide answers common questions people may have when traveling to Osaka. We show you how to prepare for your trip, where to stay, and what to expect in this amazing city. There’s a lot of information here so don’t forget to pin it for later!

The links on this page may contain affiliate links. This means that we may receive a commission (at no extra cost to you) if you decide to make any purchases using our affiliate links. Please read our disclaimer for more info.

There is no particular “best” time for visiting Osaka and it may depend on your preference. In terms of temperature, spring and fall are most ideal (April, May, October, November). However, winter and summer temperatures aren’t as extreme as other parts of Japan like Tokyo.

There are many perks to visiting Osaka during each season and and we highly recommend visiting during a different season for your 2nd, 3rd, and 4th trip. In the spring, you can witness the sakura trees come into full bloom and enjoy a pink landscape. During the summer, you can enjoy going to the beach and the summer firework festivals. In the fall, the landscape changes again as fall foliage starts and the trees prepare for winter. Finally, in the winter, you can enjoy various winter sports as Japan is famous for having many ski resorts in the country.

Many people are often conflicted between traveling to Osaka or Tokyo. Just looking at the facts, Tokyo is a much bigger city, with 3x the population of Osaka, and has more attractions and things to do. However, Osaka also has similar attractions, just at a smaller scale.

If you’re a foodie, Osaka is definitely the choice. Osaka is known for having great food and lots of famous dishes. If you love shopping, Tokyo has a bigger selection by far. In terms of the locals, people in Osaka tend to be friendlier, due to the huge comedy culture that exists there.

Osaka and Tokyo are quite different and many people want to explore both. A recommended option is to fly into one city and fly out of another. There is no part city that we recommend flying into first, but this may require some planning since you may have to buy two separate tickets.

How Many Days to Spend in Osaka?

We recommend staying at least 2-3 days in Osaka, but a week might be a good amount of time to fully enjoy the city. With a week, you can spend more time exploring deeper into the city and trying all the food that Osaka has to offer. There are lots of unique destinations nearby Osaka as well, so with more time here, you’d be able to make short trips out to places like Kyoto, Nara, and Kobe.

How to get to Osaka

If you’re coming to Osaka from Tokyo, you can take the Shinkansen which will roughly take 2.5 hours. If you plan on traveling to various places in Japan, buying a Japan Rail Pass instead of the individual ticket can save you money on the long run, since it allows you to take unlimited Shinkansen rides during the duration.

Get the Shinkansen ticket here.

Get the Japan Rail Pass here.

The best place to stay in Osaka is near Umeda or Namba station. These are two of the biggest transportation hubs of Osaka that offer convenient access to many parts of the city. Not only that, there are tons of shops, restaurant, and entertainment around these areas.

What to do in Osaka

Osaka is a big city with lots of different things to do.

If you want to visit some cultural spots, then we recommend visiting Osaka Castle and the Mozu Tombs, one of the UNESCO world heritage sites. There are also many viewpoints throughout the city where you can take amazing photos and overlook the city.

Universal Studios Japan is located in the Osaka bay area and it’s famous for being themed after both American movies and Japanese anime. In terms of food, we recommend checking out the Dotonbori and the Kuromon Market next to it.

For a whole list and guide, check our Things to do in Osaka page.

Osaka is known to be the food capital of Japan and its specialty lies in street food. Takoyaki and Okonomiyaki are two extremely popular dishes in Osaka. The Takoyaki in Osaka are known to be bigger than usual and the Okonomiyaki is known to have originated in Osaka. Another dish worth eating is kushikatsu, deep fried skewers. This dish is the specialty in the Shinsekai district and highly recommended here.

If you’re a fan of Japanese food in general, don’t forget to try other Japanese foods in Osaka as well, such as yakiniku, ramen, Kobe beef (in Kobe), soba, and matcha (in Kyoto).

One of the best things to do when traveling to Osaka is take a step out. Osaka is surrounded by awesome cities that are special in their own way. Many people know of the famous Kyoto, but there are other destinations as well. Here are a couple day trips that you can make from Osaka.

One of the most popular destinations and the former capital of Japan. It’s known for the traditional style architecture and having lots of Japanese temples and shrines throughout the city.

The city directly to the east of Osaka. Nara is famous for deers that roam freely throughout Nara koen park and bow to people in exchange for food.

Kobe is the city next to Osaka that borders the Osaka bay. It’s famous for the Kobe beef and the iconic skyline from the harbor. 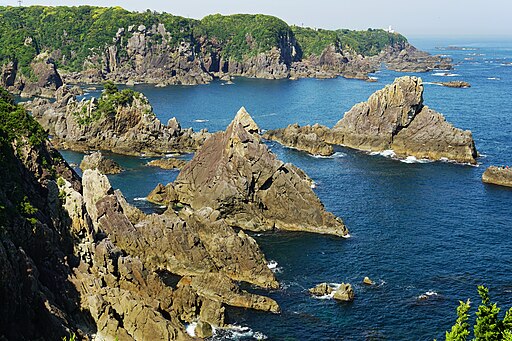 Wakayama, the hidden gem of Kansai, tucked away directly south of Osaka. Wakayama is a famous tourist spot for Japanese people due to its beautiful nature.

Read about our story

Get your FREE Japan Itinerary

Subscribe to our newsletter and get a free Japan Itinerary PDF!

Copyright text 2020 by KumaStation.com. – Kuma Station.com is a participant in the Amazon Services LLC Associates Program, an affiliate advertising program designed to provide a means for sites to earn advertising fees by advertising and linking to amazon.com. | Amazon and the Amazon logo are trademarks of Amazon.com, Inc, or its affiliates.

Subscribe to get your FREE Japan Itinerary PDF and our newsletters!